Villages of Hope-Africa began caring for orphans and vulnerable children fourteen years ago with the opening of the first children’s home and school in Kitwe, Zambia. At that time there were 43 children from a neighboring shanty compound coming to VOH each day. It became obvious a growing number of children lived in the area that had lost one or both parents due to the AIDS pandemic. These children were suffering tremendously due to poverty and a lack of love or hope in their lives.

Throughout scripture we are called to take care of orphans:

“Defend the weak and the fatherless; uphold the cause of the poor and the oppressed” (Psalm 82:3 NIV); “Religion that God our Father accepts as pure and faultless is this: to look after orphans and widows in their distress and to keep oneself from being polluted by the world” (James 1:27 NIV). 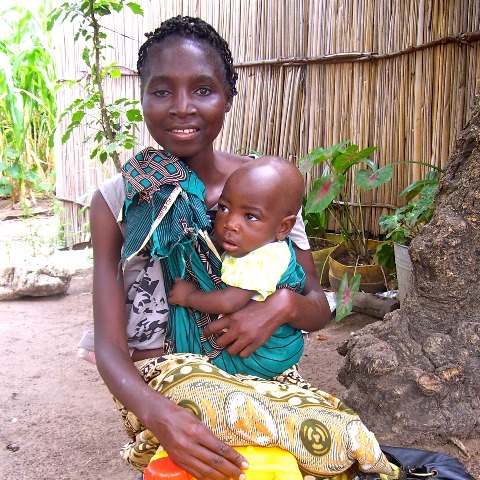 Although many organizations come alongside communities to care for the growing number of vulnerable children, often what is lacking is hope for eternity.

Over the past fourteen years we’ve seen children come to Village of Hope locations that have been beaten down by things they experienced in their lives at very young ages. Many of these children are left feeling there is no hope for them to even survive, and most don’t believe there is any hope for them in the future.

As the church, we are able not only to meet their physical needs, but to also provide them with much needed love and acceptance in the name of Jesus. And when the children are taught who Jesus is, what He has done for them, and His plan for their life, they are able to see they are part of a bigger story and there is a plan for their lives not only in the present, but in the future, as well.

As Jeremiah 29:11 says, “’For I know the plans I have for you,’ declares the LORD, ‘plans to prosper you and not to harm you, plans to give you hope and a future.’”

As the church, we have both the opportunity and responsibility to minister to children in a holistic way that will not only address their physical needs, but also will result in a changed life. We see it time and time again where children full of despair, anger, and confusion, hear the message of Jesus through the ministry of VOH and invite Him into their hearts.

When we are able to impact children in this way, we provide them not only with hope for today, but with hope for eternity as well.

While speaking about ministry to the next generation, Ravi Zacharias said, “The means you use to win them is what you win them to.” The means the church uses through ministries such as Villages of Hope are love, compassion, care, and acceptance. We can live out the gospel as a way to reach the most vulnerable.

Children who experience God’s love and message of salvation and hope grow up to be adults who are more likely to change their family, their community, and even their nation for the good. Local pastors say they like to receive former VOH children into their churches because they become solid members of the church and involve themselves in the community through ministry.

One story that comes to mind is of a young adult named Shevance. Shevance became an orphan as a child and grew up at the Village of Hope in Kitwe. Shevance graduated from high school a couple of years ago, and because of the education he received while there, he got a job at a DHL Courier office. Most importantly, Shevance became a Christian while at Village of Hope and shares his faith with those he works with.

Recently Shevance told us, “I will continue praising God almighty for all that He has done.” Shevance is a strong believer and instead of using the income from his job to live his life for himself, Shevance now takes care of other orphans and widows in his family. As Ravi says, he was won to faith through love and caring and now that is how he lives out his life and faith.

“We must do more to reach all children in need, wherever they live, wherever they are excluded and left behind. Some might ask whether we can afford to do this, especially at a time of austerity in national budgets and reduced aid allocations. But if we overcome the barriers that have kept these children from the services that they need and that are theirs by right, then millions more will grow up healthy, attend school and live more productive lives. Can we afford not to do this?”

And that is the question for the church today; because we have the gospel message, which not only brings hope for today, but also for eternity, can we afford not to do this?