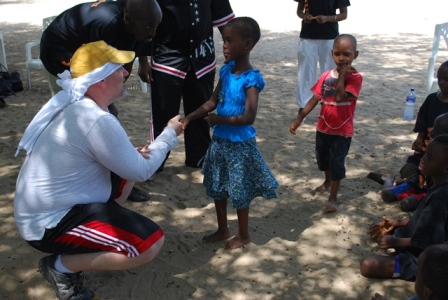 VOH-Burundi Welcomes 16 New Children in February: This Week at Villages of Hope

VOH-Chongwe Children get Weighed and Measured 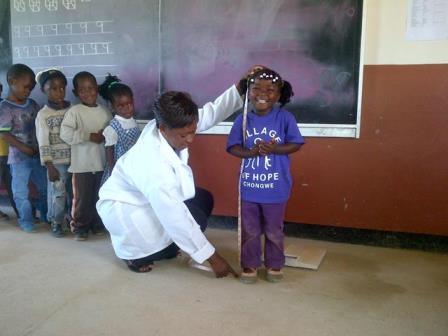 Weight gain is the most important sign that a child is healthy and is growing and developing well. This week at VOH-Chongwe we had all the kids weighed and their heights been measured. The growth of the kids is monitored and are recorded to track changes. Find out more about our healthcare programs: vohafrica.com/programs-healthcare

VOH-Zimbabwe Gets a Ping Pong Table! 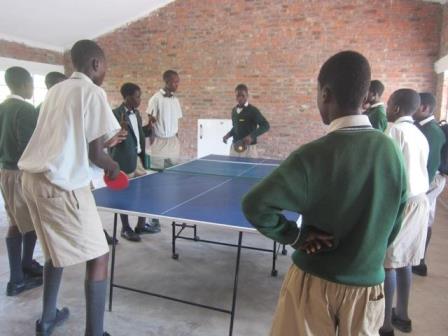 This week VOH-Zimbabwe is blessed with a ping pong table! The table was donated by Absolute Sports – a athletics store in Harare. Everyone is so excited to play!

VOH-Mongu Save a Life Center Continues to Bring Hope 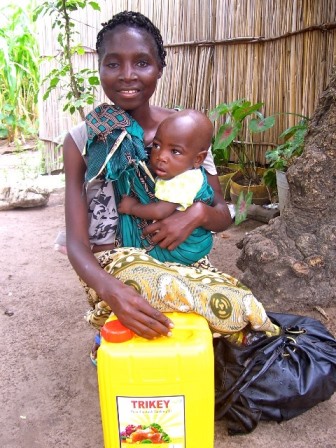 At Save A Life Centre in Mongu we carry out training for mothers and guardians of malnourished children. The training is to equip and empower families to earn an income and provide basic needs for their families. This picture is of one of the mothers who has chosen to buy and sell cooking oil in order to generate some income for her family. This is an aspect of the project that is encouraged so that children do not fall back into malnourishment once they are discharged from Save A Life.

Bringing Hope in Burundi through Education 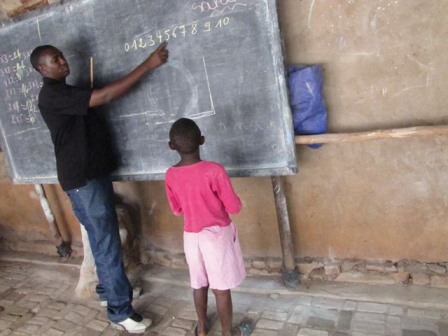 Young Sarah is being tutored by Cyriaque, our teacher at VOH-Burundi – she is one of the newest children to enter our care! Sarah along with her mother and her siblings were rejected by their father when the mother become a christian Sarah’s mother was left with all the responsibility to care for 6 children alone without any job. Find out more about our Education program: vohafrica.com/programs-education 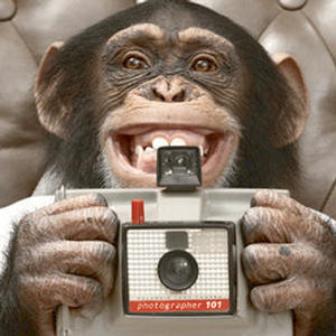 We joined Instagram this week! Follow us: www.instagram.com/voh_africa (you need an Instagram account to follow). And if you are sharing photos of your trip to a Village of Hope, tag us! @voh_africa #VOHAfrica and #BringingHope – we look forward to ‘gramming’ with you! 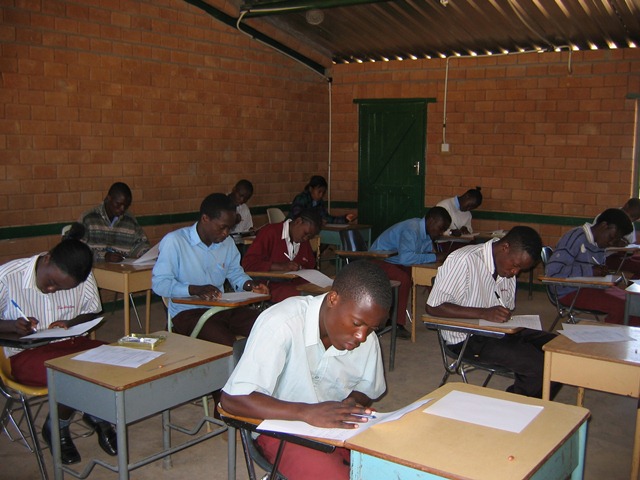 VOH Kitwe Students Excel in their Exams: This Week at Villages of Hope

The results from recent government exams in Kitwe have just been received and we are very proud of how our students have done. The Grade 7 class had an 82% pass rate, the grade 9 class an 85% pass rate and the grade 12 class received a 96% pass rate! Congratulations to all the students and thanks to all the teachers who do such a great job! 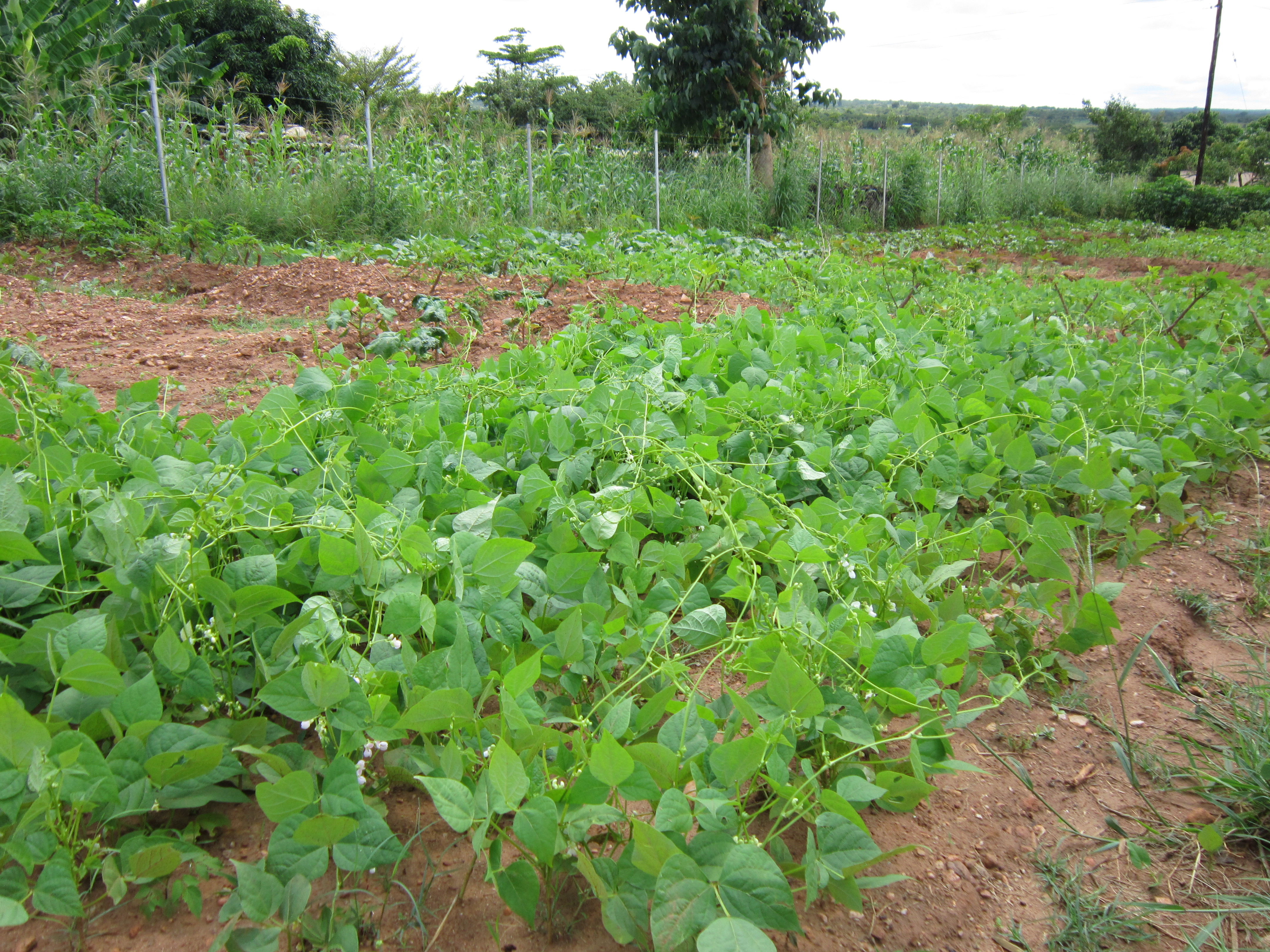 VOH Chongwe is learning how to garden through Farming God’ s way – a method of farming that uses small space, composite manure and little water. Thanks to this newly learned method, we have healthy Vegetables in our gardens that will help us raise health children! 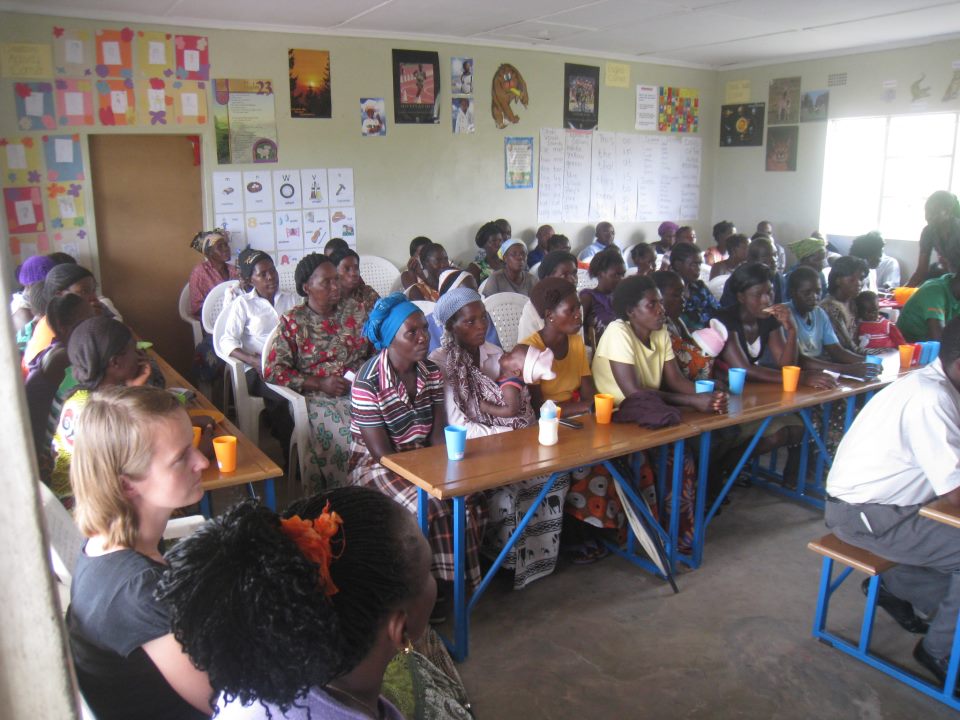 This week the Village of Hope Community School in Mongu had its parents meeting. Over 100 parents and guardians attended the meeting and were updated on all the progress in the school. The staff from the Village of Hope Clinic also attended the meeting and carried out an excellent lesson on child health and hygiene. It was very encouraging to see the support of the parents and to hear their appreciation towards the teachers for the excellent jobs they are doing! 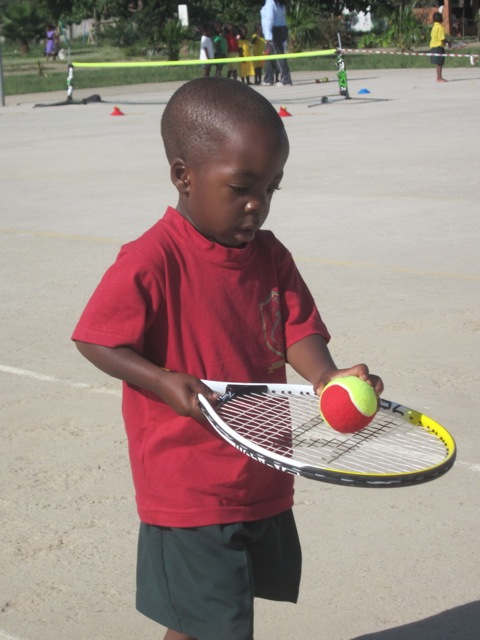 We are thankful at VOH-Malawi to have a young man, Nathan Hook who has a tennis club. Nathan and his assistants volunteer to teach tennis at our school, beginning with our Pre-School children. This week they had their first lesson: Watch the Ball, and Move Your Feet! VOH-Kenya was grateful to receive a food donation from the Kibos Sugar Industry! 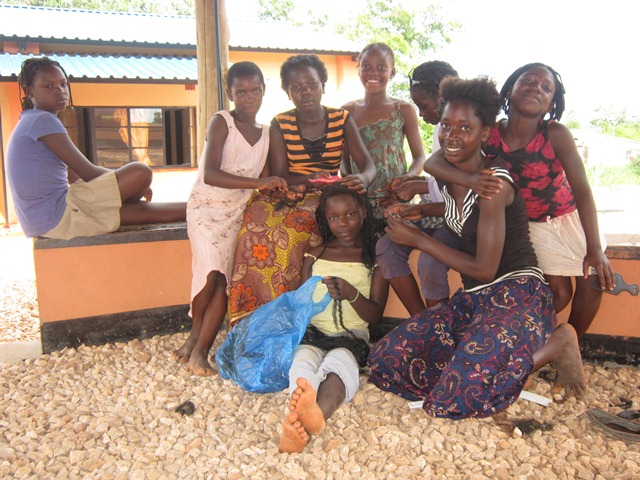 VOH-Africa Expands to Tanzania: This Week at Villages of Hope 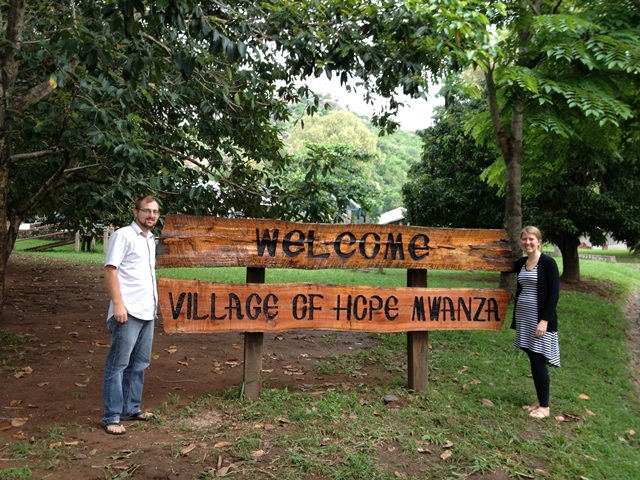 We are pleased to announce that as of January 1, 2013 Starehe Children’s Home in Mwanza, Tanzania has joined the VOH family!

In addition, VOH-Africa welcomes Rich Mittelstaedt, who has lived in Mwanza since early 2011 with his wife Carlie, as the Village Director of VOH-Mwanza.

VOH-Mwanza currently cares for 35 infants in the Baby Center and 6 children’s homes care for over 80 orphans. The school runs preschool and grade 1 classes, which offers education to VOH children as well as children from the surrounding community. In addition, there is a clinic onsite that cares for the physical well-being of the children.

Find out more about our work in Tanzania HERE

VOH-Mongu Gets a Pet Rabbit 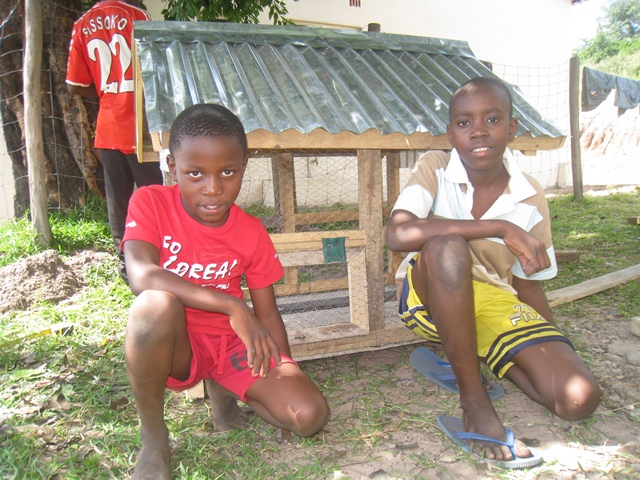 Mutende (left) and Isaac (right) from VOH-Mongu spent their afternoons this week helping to build a home for their new pet rabbit!

Isaac is in Grade 5 and Mutende is in Grade 2 at the VOH School. They are both very excited as now that the home is complete, they are allowed to get a pet rabbit. Mutende has also started a vegetable garden so that he can feed his rabbit some cabbage 🙂 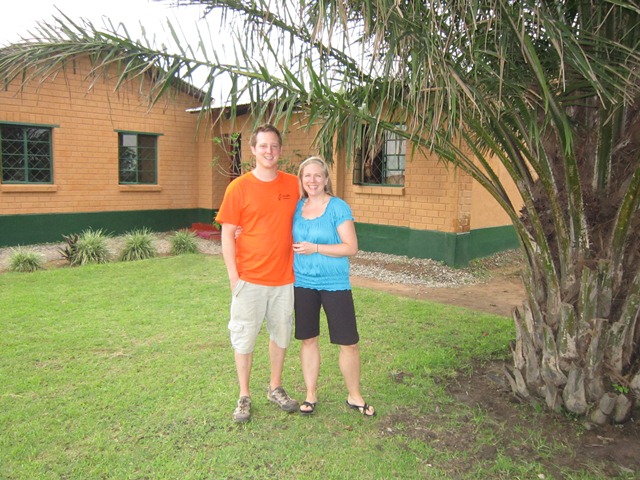 VOH-Kitwe is happy to welcome Evan and Amber Moffat! Evan and Amber are here at VOH Kitwe for 1 year. They are from Bethany Church located in Whitehorse, Yukon Territory.

Evan is an Electrician working with maintenance section and Amber is a Registered Nurse working in the clinic. They are also working with the Youth Empowerment Program at the VOH Community School.

Here is a message from them: “We are starting to feel at home and we are really enjoying the Zambian people! We see how God is changing this community through the people at VOH!”

Girls at VOH-Chongwe are practicing hair braiding during their free time and during school recess. Plaiting hair is a very good business in Zambia that can help the children earn a living and raise money for their tertiary education once they leave Village of Hope. 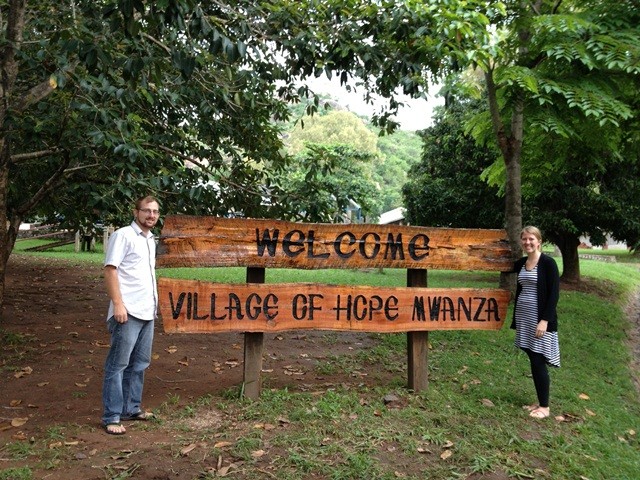 We are pleased to announce that as of January 1, 2013 Starehe Children’s Home in Mwanza, Tanzania has joined the VOH family!

In addition, VOH-Africa welcomes Rich Mittelstaedt, who has lived in Mwanza since early 2011 with his wife Carlie, as the Village Director of VOH-Mwanza.

VOH-Mwanza currently cares for 35 infants in the Baby Center and 6 children’s homes care for over 80 orphans. The school runs preschool and grade 1 classes, which offers education to VOH children as well as children from the surrounding community. In addition, there is a clinic onsite that cares for the physical well-being of the children.

We as VOH-AS are pleased to have Rich, his team and the children of VOH-Mwanza as the newest addition to our VOH family. We look forward to working together to care for the children and to expand the work of VOH-AS so that we can bring hope to many more children in need in Mwanza.

Find out more about our work in Tanzania HERE 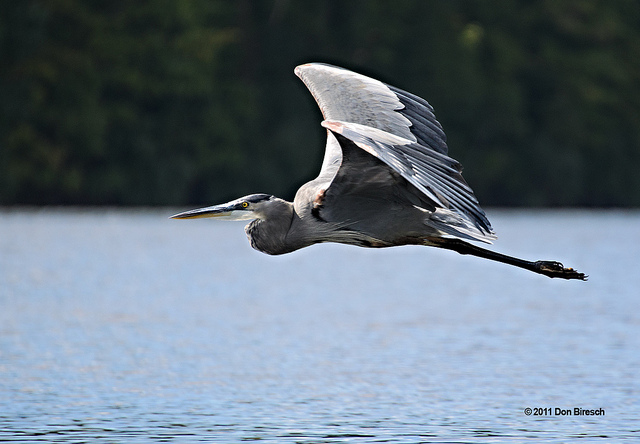 Director’s Blog: Being Gentle with One Another

Being Gentle with One Another

Early one morning as I was drinking my coffee I observed a spectacular sight. A large Great Blue Heron came flying by and landed in a tall evergreen tree across from our place. It is not unusual to see this in this part of the world, but this particular bird landed with such grace that the flimsy branch it landed on did not move. I observed it for some time and noticed how still both bird and tree were. The Great Blue Heron is a large bird; it stands between 1.15 to 1.38 meters tall, has a wing span of up to 2.01 meters, can weigh as much as 3.6 kg. You would think a bird this size would cause quite a disturbance when landing, but it did not.

To see a bird of this size land in a tree without causing a stir made me think. It made me think about our lives and how we live them. Do we stir things up where ever we go? Are we always shaking people lives to the point where they do not look forward to our arrival? Are we graceful in in the way we live? Do we take time to be still or are we always on the move?

I then began to think of the life of Jesus and how He lived it. Though at times He would shake things up and cause a stir, He would also take the time to be still and gentle.

It was around the religious elite when Jesus stirred things up, especially when they took advantage of the people. Jesus did not tolerate injustice and hypocrisy. However, around the average person regardless of their gender, race, and religious affiliation he was gentle, strong but gentle. He had the ability to challenge people regarding their sins in a gentle and loving manner. I think of the women accused of adultery, which the Pharisees wanted to stone, and how Jesus spoke such simple yet profound words to her, “go and sin no more.”

He also healed people without condemning them, like the blind man, who people thought was blind due to his sin or sins of his parents. Jesus answered the people by saying,

“It was neither that this man sinned, nor his parents; but it was so that the works of God might be displayed in him.”

And there is no better picture of Jesus’ gentle way as when the children came to Him and those around Him tried to prevent the children from reaching Jesus, and He rebuked them.

As I thought about all this, two things came to mind. First, we need to know when it is time to stir things up and when it is time to be gentle. I think in life the stirring up moments should be few and far between. I once heard that war is 90% boredom and 10% action, I think this could apply to life.

The second lesson is for those of us who work with children, especially the vulnerable children of this world. As we work among them let us remember that we appear as giants to them, especially the small ones. We need to imagine ourselves standing next to a person and only coming up to his or her waist. Imagine this giant speaking harshly to you, how much fear you would have in that situation. When we are harsh, our size magnifies that harshness. As Suzette Haden Elgin says in her book, “The Gentle Art of Communicating with Kids”:

“Ninety-nine percent of us, regardless of our age, express hostility primarily through our language. The only way to reduce our hostility and loneliness that threatens us is by using language that will reduce and diffuse hostility in our lives and help build strong social networks…Nothing you can do to guard the health and fitness of our children is as important as seeing to it that their language environment doesn’t poison them and make all our other efforts worthless.”

I believe we can apply this to all our interaction with people regardless of their age. As the feathered giant showed me, even giants can be gentle. I pray that we will all learn from Jesus; let us all work on the fine art of being gentle with one another.