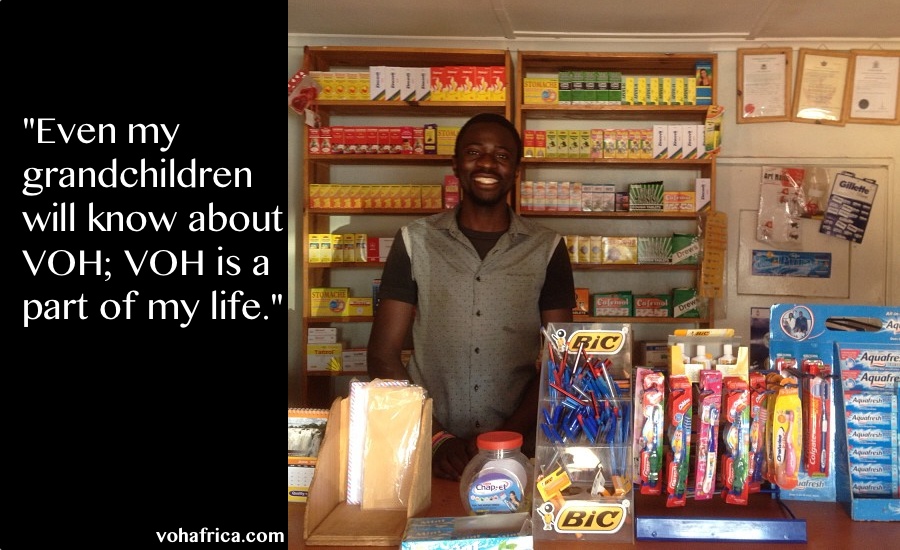 Where are They now: Constantino

This “Where are They Now?” interview is a bit different than some of our others. When I went back to Zambia for a visit, my parents and I bumped into Constantino in our neighbourhood – he is now working at a local shop in the area. We were all excited to reunite and I asked Constantino if he would be interested in sitting down and sharing his story so I could put it here on the VOH website. He was eager and willing to do so and I appreciate the time he took to sit down, answer some of our questions, and share how Villages of Hope impacted his life and how he plans to pay it forward in the future…

What is your story before connecting with Village of Hope?

Constantino was raised by a single mother, and never knew his father. His mom passed away in 2003, and in 2004 he moved into Village of Hope Kitwe. In September 2009, he moved into the Youth Homes at VOH Kitwe and began pursuing his future.

“I love my past – that’s the most important thing,” he says. “I see others who may even have both parents, but are lost in the world – I am doing better than them.”

Constantino still keeps in touch with his VOH brothers and sisters. He says he is very close to his VOH family, and even while we were talking with him, he received a call from Serah, who also grew up at Village of Hope. He says they all stay in touch regularly.

How has VOH helped you become the person you are today?

Constantino made a point to mention how grateful he is that VOH not only educated him, but also helped him grow in his faith. “Not only did VOH provide education,” he says,  “they also introduced me to the powerful book the Bible. I came to know Jesus Christ as my saviour, and that is the most important part.”

One thing Constantino wanted to make a point of is how VOH raised him as a Zambian, rather than trying to take his culture away from him. He says, “VOH taught me how to respect people and how to survive here – as an African, in my own culture.” This is something he is incredibly grateful for.

“Even my grandchildren will know about VOH; VOH is a part of my life.”

What are you doing now and what are your dreams for the future? 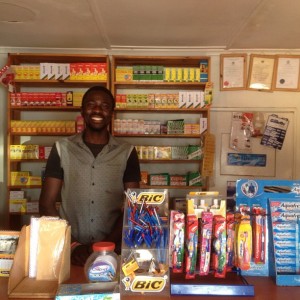 Constantino came to Lusaka, the capitol city, after finishing the Youth Program at VOH Kitwe. He currently works at a local drugstore and is pursuing acting. At the time I sat down with him, he had been in five local films, and also has been the Master of Ceremonies at different weddings. “I am a good public speaker,” he says, “I make people laugh.”

Looking to the future, Constantino wants to start his own clothing business. He also wants to continue pursuing his acting, which started at VOH Kitwe when he would do skits for various special events.

Constantino is also the president of an acting group called “Crazed in Christ” – “It’s not just about acting,” he says, “it’s part of my DNA. Some people act just for the camera — that’s not me.”

He hopes to use his acting as a way to share the gospel and, who knows, maybe even end up in politics. He adds, “Through acting I am going to achieve great things…maybe I’m going to end up in State House!”

I thanked Constantino for his time, and he replied, “I wanted to do this because this is what I can do right now to give back to Village of Hope.”

I think Constantino is one of those men.

Even my grandchildren will know about VOH; VOH is a part of my life. #vohafrica

______
Receive updates via email by subscribing to our Newsletter